43 days in South of France Itinerary

43 days in South of France Itinerary

This plan was created by another user. Make it your plan
Edit start date
Want to change plan duration?

Explore the numerous day-trip ideas around Nice: Station de Ski L'Audibergue (in Andon), Galerie Lifetime Gallery (in Mougins) and Cannes (Lérins Islands, Galerie1414, &more). There's still lots to do: visit Vieille Ville, pause for some serene contemplation at Cathedrale Saint-Nicolas a Nice, make a trip to Place Massena, and steep yourself in history at Palais Lascaris.

To find maps, ratings, traveler tips, and other tourist information, use the Nice tour builder app.

Mexico City, Mexico to Nice is an approximately 19- hour flight. You can also do a combination of flight and train; or do a combination of flight and train. The time zone difference moving from Central Standard Time (CST) to Central European Standard Time (CET) is 7 hours. Expect slightly colder weather when traveling from Mexico City in January: highs in Nice hover around 15°C, while lows dip to 7°C. Finish up your sightseeing early on the 2nd (Sun) so you can go by car to Saint-Raphael.
more less

Explore Saint-Raphael's surroundings by going to Ramatuelle (Domaine La Tourraque & Paroisse de Ramatuelle), Sainte-Maxime (Kelys, Domaine des Beaucas, &more) and Domaine Val d'Iris (in Seillans). There's much more to do: test your team's savvy at Total Xscape, relax and rejuvenate at some of the best spas, make a trip to Massif de l'Esterel, and pause for some serene contemplation at Chapelle Saint-Francois de Paule.

Drive from Nice to Saint-Raphael in 1.5 hours. Alternatively, you can take a train; or do a combination of bus and train. Traveling from Nice in February, expect a bit cooler with lows of 3°C in Saint-Raphael. Wrap up your sightseeing on the 8th (Sat) early enough to drive to Bormes-Les-Mimosas.
more less 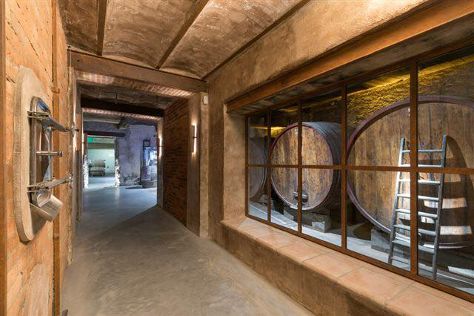 ©
Bormes-les-Mimosas is a commune in the Var department in the Provence-Alpes-Côte d'Azur region in southeastern France.It has a Mediterranean climate.Bormes-les-Mimosas is a city in bloom and won the 2003 Gold Medal awarded by the Entente Florale. You'll find plenty of places to visit near Bormes-Les-Mimosas: Domaine CROIX ROUSSE (in Puget-Ville), Pignans (Eglise Collegiale de la Nativite de Notre-Dame & Sanctuaire Notre-Dame des Anges) and Eglise Saint Jean-Baptiste (in Sollies-Pont). There's still lots to do: contemplate in the serene atmosphere at La Certosa di La Verne, learn about winemaking at Chateau Des Garcinieres, make a trip to Corniche Inferieure, and pause for some serene contemplation at Notre Dame De Constance.

Things to do in Bormes-Les-Mimosas

To see photos, maps, more things to do, and tourist information, read our Marseille trip website.

Getting from Bormes-Les-Mimosas to Marseille by car takes about 1.5 hours. Other options: do a combination of taxi and train. In February, daytime highs in Marseille are 14°C, while nighttime lows are 4°C. Wrap up your sightseeing on the 18th (Tue) to allow time to drive to Apt.
more less 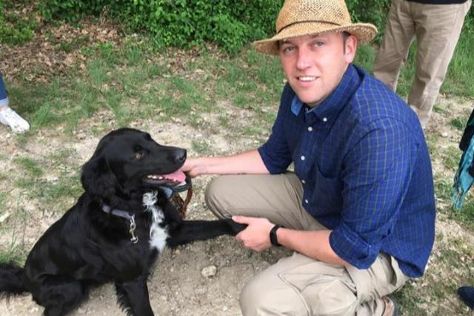 ©
Apt is a commune in the Vaucluse department in the Provence-Alpes-Côte d'Azur region in southeastern France.It lies on the left bank of the Calavon, 41mi east of Avignon. You'll find plenty of places to visit near Apt: Vieille Eglise (in Bonnieux), La Petite Ferme (in Villes-sur-Auzon) and Station du Grand Puy Seyne les Alpes (in Seyne les Alpes). There's lots more to do: experience rural life at Truffle Hunting at Les Pastras, explore the landscape on two wheels at Veloroute du Calavon, take an in-depth tour of Musée d'Histoire et d'Archéologie, and examine the collection at Musee Extraordinaire.

You can drive from Marseille to Apt in 1.5 hours. Other options are to do a combination of train and bus; or take a bus. Finish your sightseeing early on the 24th (Mon) to allow enough time to take a bus to Avignon.
more less

Things to do in Apt

Explore the numerous day-trip ideas around Avignon: Arnoux et Fils Vignerons (in Vacqueyras), Bibliotheque-Musee Inguimbertine (in Carpentras) and Beaumes-de-Venise (Nuances du Sud, Caveau Xavier Vins - Domaine de Beaumalric, &more). The adventure continues: make a trip to Palais des Papes, snap pictures at Pont d'Avignon, get your game on at RS ONE Simulations Salle de Jeux en Realite Virtuelle, and awaken your taste buds at some of the top wineries in the area.

For photos, traveler tips, more things to do, and more tourist information, you can read our Avignon trip itinerary builder.

Traveling by bus from Apt to Avignon takes 1.5 hours. Alternatively, you can drive. In February, daytime highs in Avignon are 13°C, while nighttime lows are 1°C. Wrap up your sightseeing on the 1st (Sun) to allow time to drive to Carcassonne.
more less 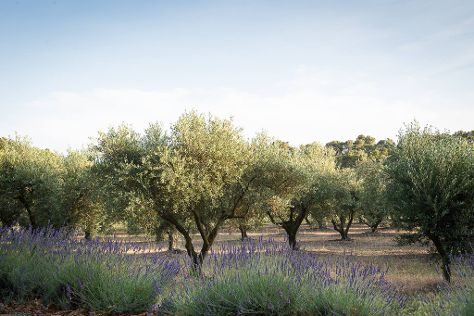 Best known as a fortified town, Carcassonne is a walled city that provided the inspiration for the castle in Disney's "Sleeping Beauty" and the location for many scenes in Kevin Costner's movie "Robin Hood." For a daily dose of excitement, medieval jousting tournaments are held twice per day between the two walls--while this may sound like a typical touristy show, it's actually an entertaining display of combative competition and horsemanship.

You'll find plenty of places to visit near Carcassonne: Toulouse (Basilique Saint-Sernin & Room Escape Games). And it doesn't end there: steep yourself in history at Cité de Carcassonne, make a trip to Notre Dame du Cros, do a tasting at Chateau Guery, and fly down the slopes at Station de Ski Montclar.

Drive from Avignon to Carcassonne in 2.5 hours. Alternatively, you can take a train; or take a bus. In March in Carcassonne, expect temperatures between 17°C during the day and 6°C at night. Wrap up your sightseeing on the 6th (Fri) to allow time to travel back home.
more less

Things to do in Carcassonne